More of the Tube Sound

While I covered this in my previous blog post on the FX-Audio 01, in short, some people say that tube amplifiers provide a warmer sound, a better sound. It’s suggested that since tube amplifiers have their distortion primarily in the 2nd harmonic, it is more pleasing than some other electronics that might distort more in other, odd harmonics. Whether or not this is true is subject to some debate.

One the the least expensive models is the Tube-01 made by FX-Audio. The Tube-03 adds bass and treble controls. Both come with vacuum tubes and a small power transformer. As with the 01, I did not use the included tubes, but used NOS GE tubes that are available for about $20. I also used a replacement power supply (see previous blog post).

I attempted to duplicate my testing using software (REW), a sound card, and a test CD. After some experimentation, I was able to use full (0dB) test tones, in addition to the -20dB tones I used previously. I’m still unsure of the accuracy of this process, so only use these graphs to get a general picture of the unit’s behavior with respect to the harmonic distortion. The dynamic range measured is close to what I achieved with a 16-bit loopback test of my sound card, so the dynamic range of the FX-Audio units should be larger than my measurements.

The first 3 graphs display the results of a -0dB (full loudness) 1kHz signal, at increasing volume settings on the FX-Audio 03. Settings are at approximately 8 o’clock, 9, and 10. 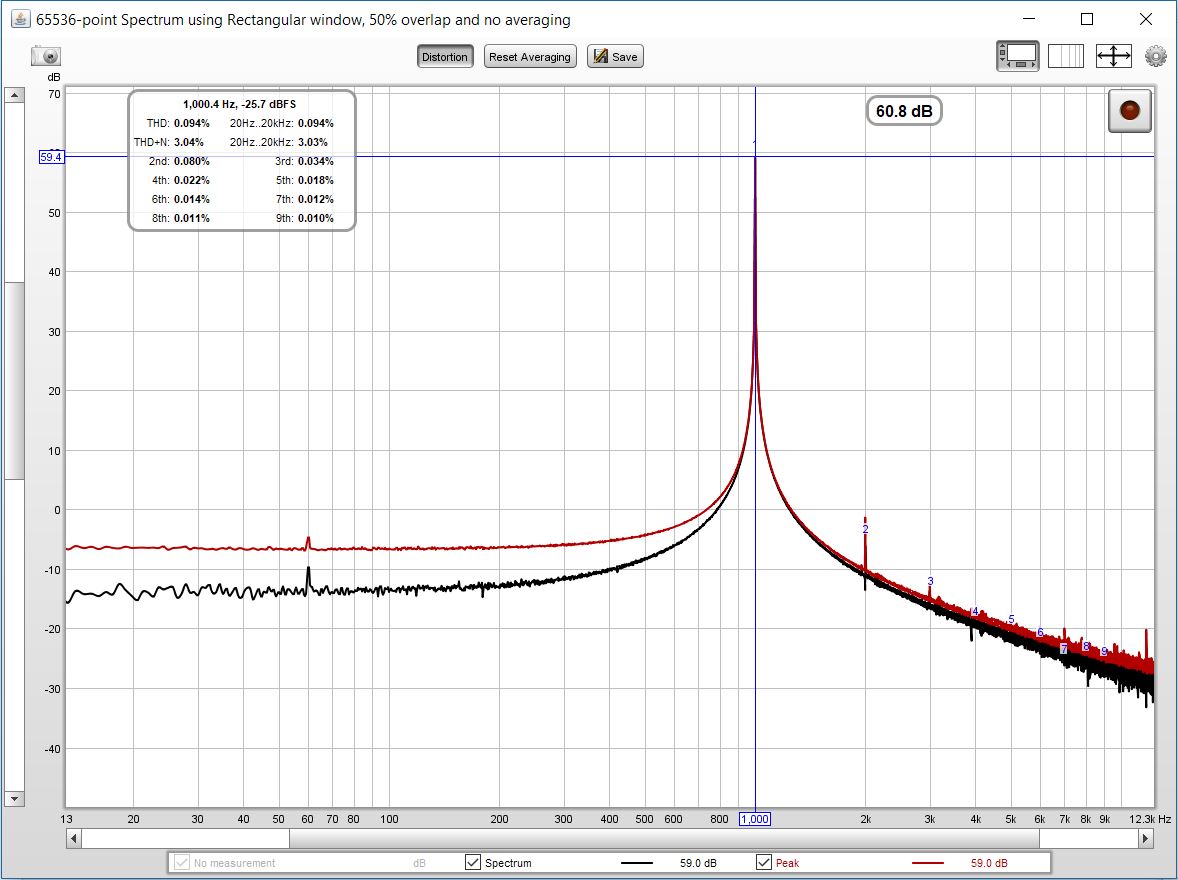 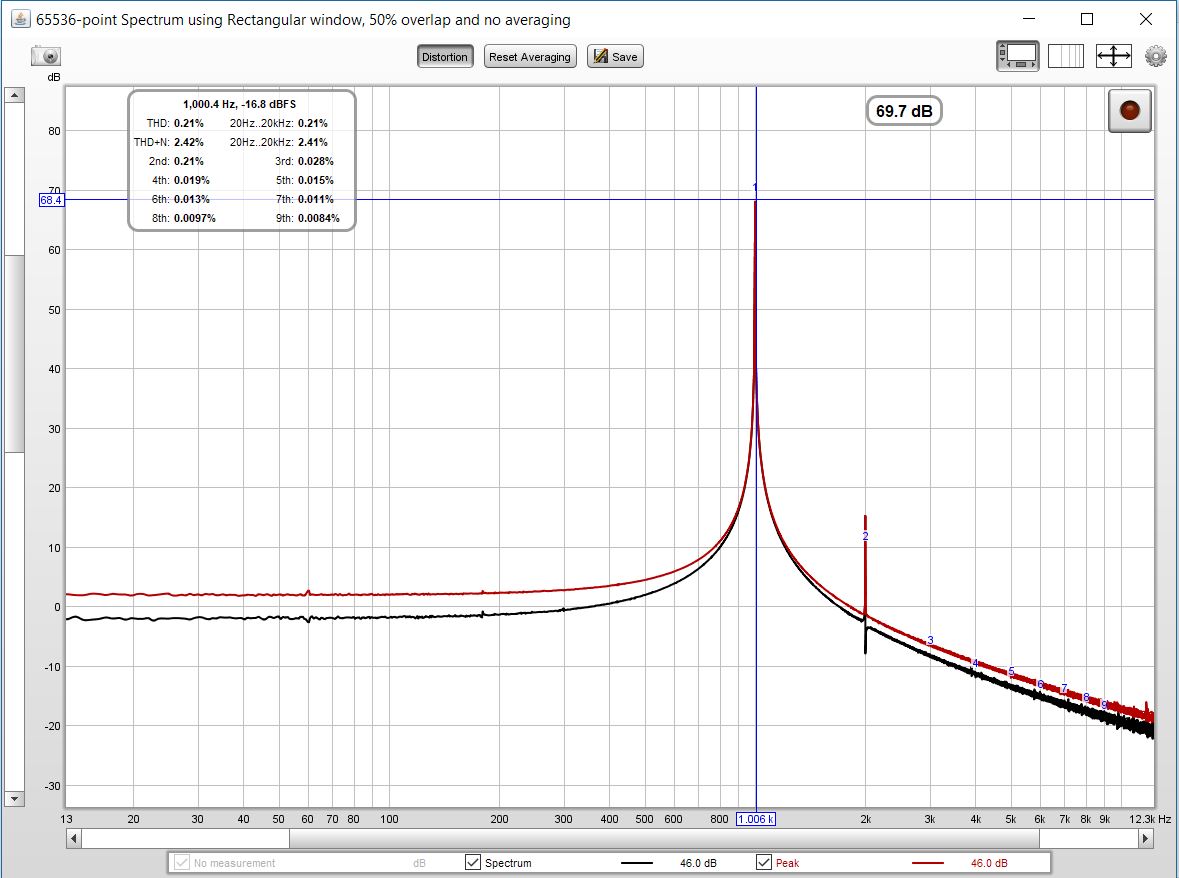 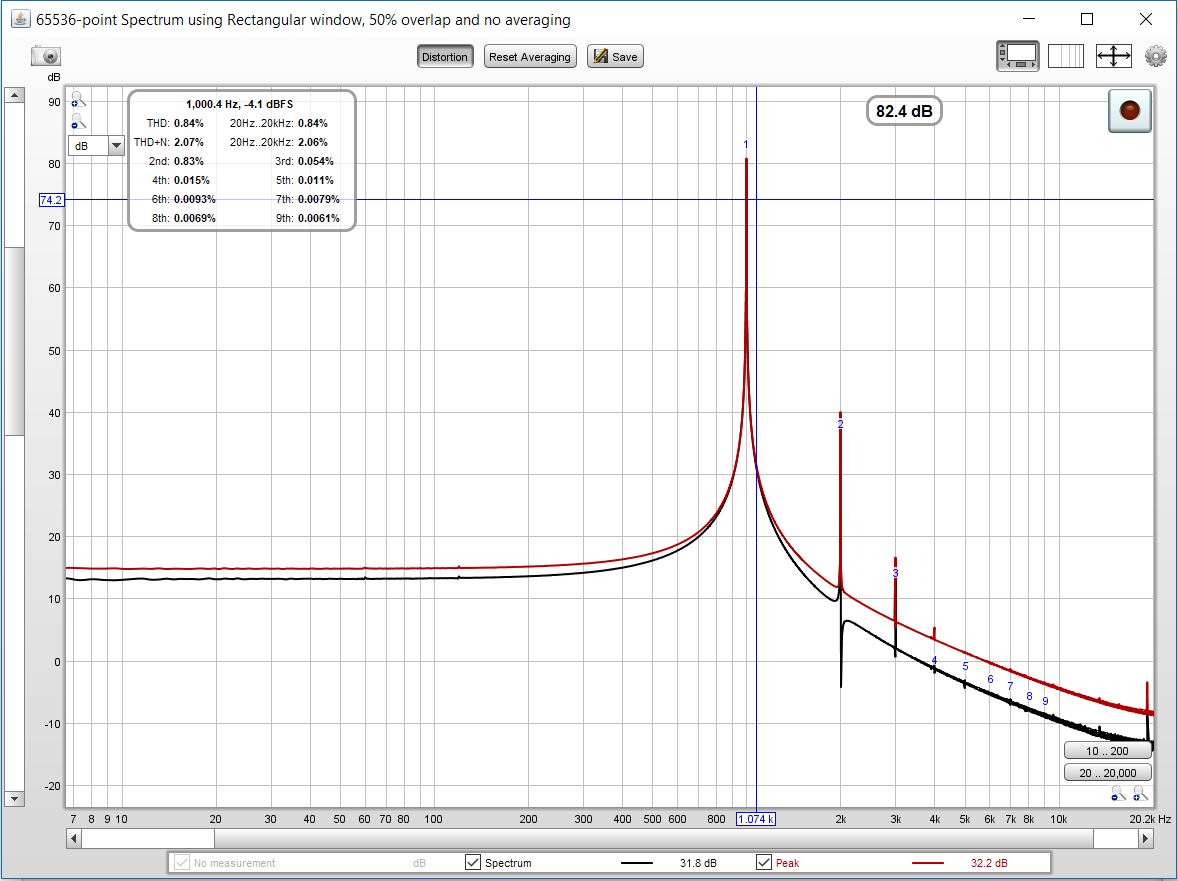 As the volume increases, you can see how the 2nd harmonic also increases.

Turned up to 11 o’clock, the signal distorts severely. I believe this is just due to the signal being too loud for the sound card. Regardless, you want to avoid boosting the signal too much, as the distortion does increase with the volume. 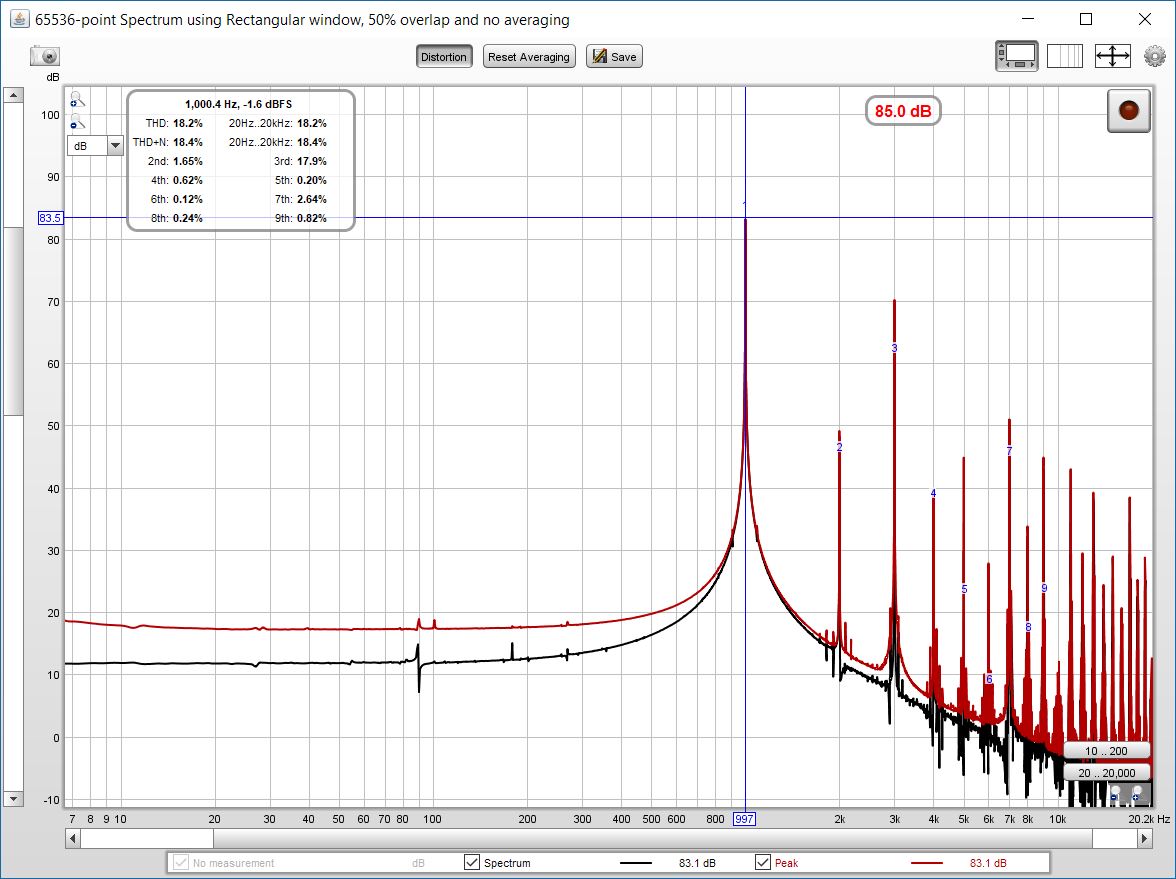 Coincidentally, the point at which the level of the CD matches the output of the 03 is between 10 and 11 o’clock, and is a higher setting than with my 01 unit; there are likely enough differences between the 01 and 03 to expect the volume setting to be different, but even individual units may all be calibrated slightly differently. So, unless someone else performs these measurements, I wouldn’t assume that the same volume settings would give the same results for you. (Also, the use of other tubes may also affect behavior.) So, I don’t think I can recommend a particular setting, just a general recommendation of not over-boosting the signal.

For reference, and in case it’s desired to compare against my previous tests, here’s a -20dB signal with volume set to 9 o’clock. 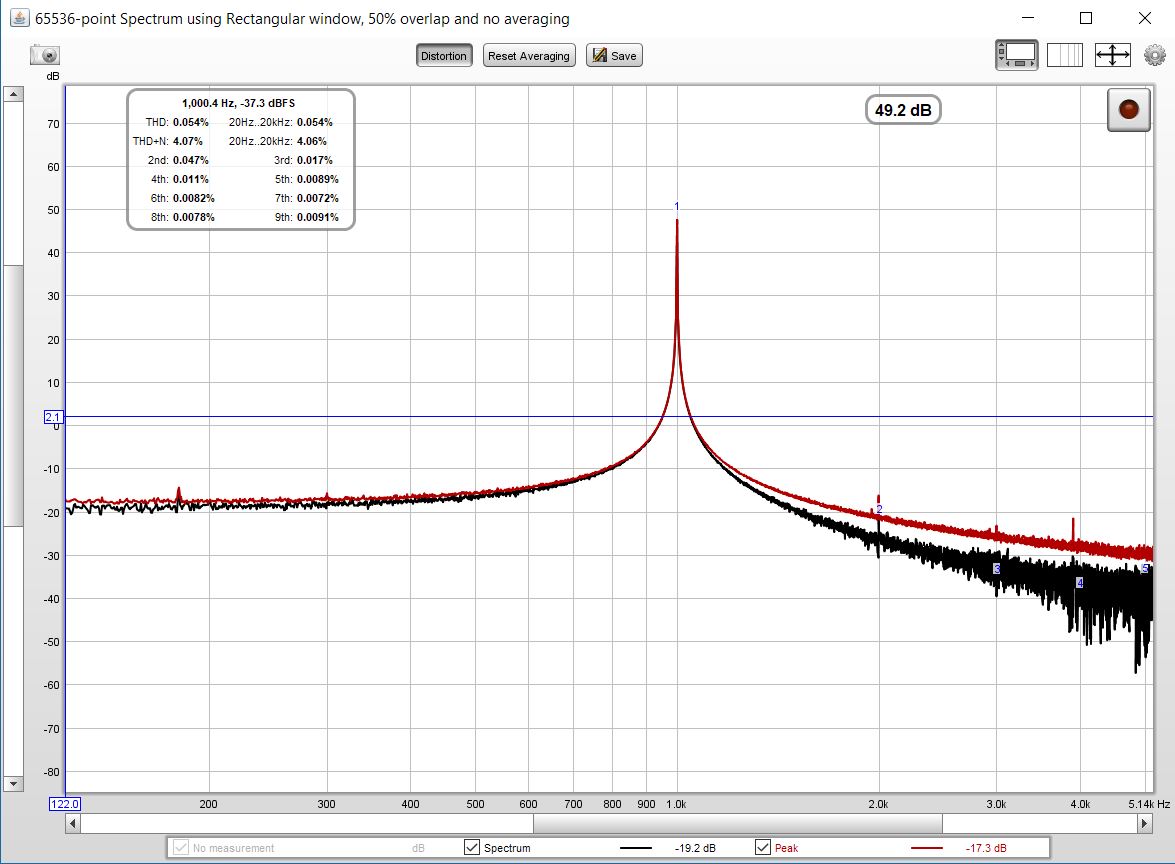 As with my previous test of the 01 which also had the 2nd harmonic as the main distortion component, the FX-Audio 03 accomplishes part of what one might look for in a tube-like sound. Whether or not this actually sounds pleasant and is a good thing is up to you. Consider it to be a kind of effects-processor and enjoy it accordingly. Keep in mind that my results are not using the stock tubes, but replacement GE tubes.